Tony and I and the girls all have cabin fever bad! If there is one thing I don't like, its definitely being couped up!! We took off last weekend to a nearby indoor water park, Grand Bear Lodge. it was a much needed break and good family time. In addition to the indoor water park, there is an indoor amusement park with many kids rides. The last time we were there, Abi was only 2 and was much too little to ride any. This time was a much different story- she rode almost all of them. Even the ones Tony wasn't too sure HE wanted to ride! Abi has developed a lot less fear of things lately, and it showed on the rides and in the water! 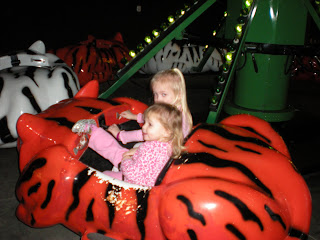 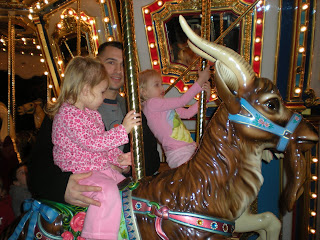 This would be Avri when Daddy and sissy were riding those BIG people rides, she wasn't too happy to be left out!! 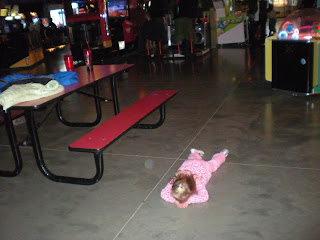 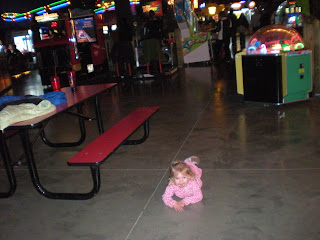 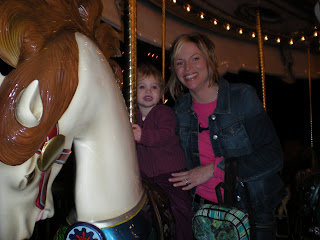 Abi making herself right at home in the lobby. Eating candy she won with all her tickets from the arcade zone. 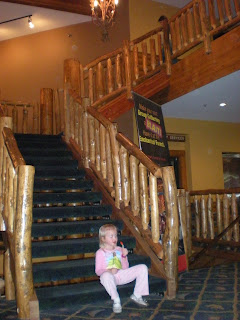 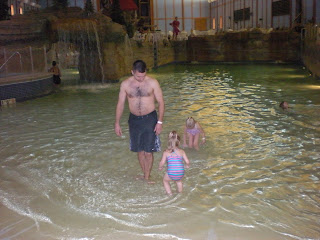 These pics make it look like we have the place to ourselves, not the case. But since the girls don't know what it means to sleep in yet, we were one of the first ones there when they opened on our second day there. :) 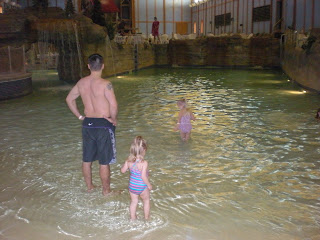 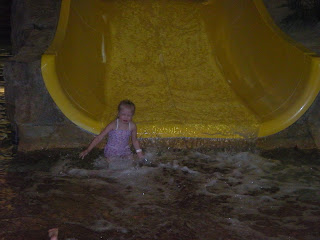 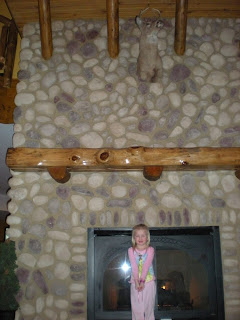 Daddy, Abi and Avri waiting in the lobby for the bedtime story to be read by Grizzly Jack and the Bear. 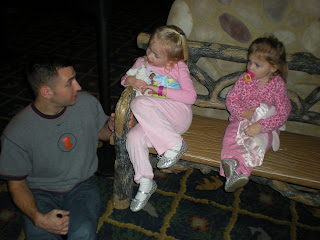 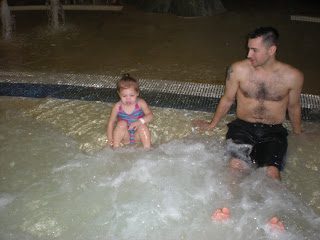 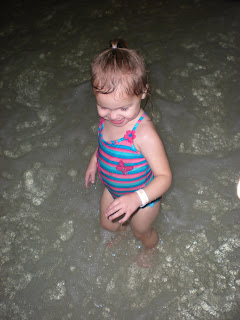 Avri and Daddy under the waterfall 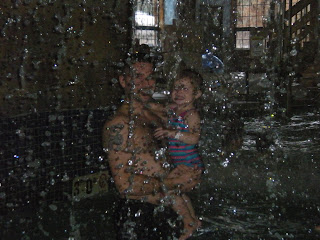 When we got home Abi was whining she didnt want to be home, she wanted to "stay there 100 days."
Posted by Tammi at Wednesday, January 20, 2010