Abi's fall soccer season has come to an end.  I don't see professional soccer in her future. :) Overall- she had a good time- she just doesn't have the energy level it takes to run up and down the field the whole game-  but as for the social part- she enjoyed it! 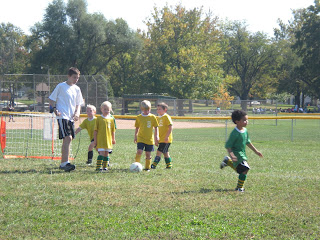 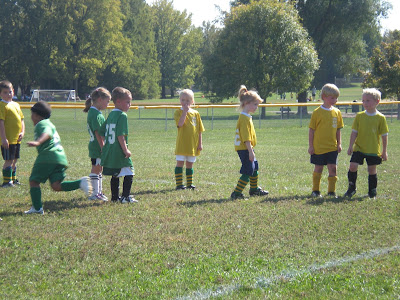 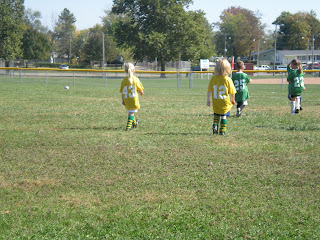 At the end of the game- her coach had a nice, quick medal ceremony.  The coach called them up one by one and made comments on each player.  When he got to Abi, he called her the Princess of the Team.( SO TRUE!!)  He said she had learned how to manage the ball good but needed to learn how to push the boys out of the way! 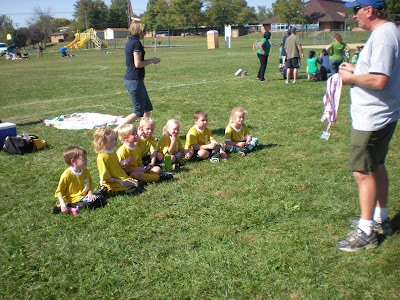 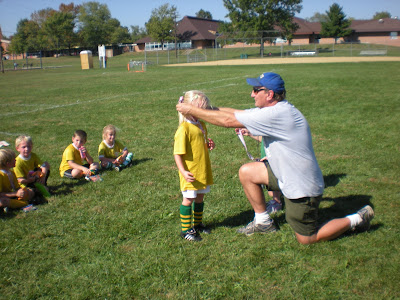 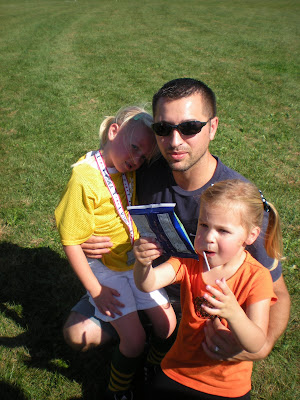 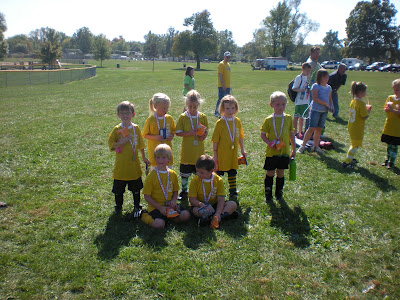 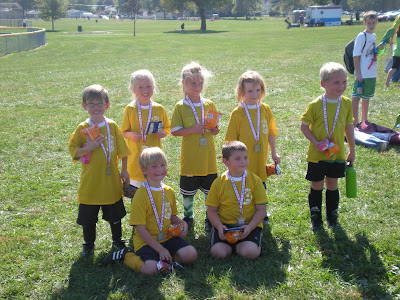 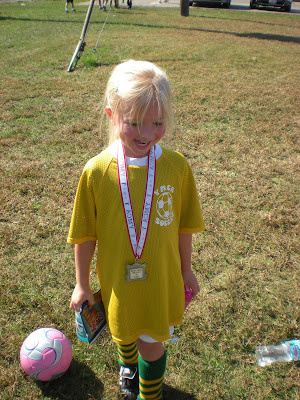 She was proud of her medal!
Good Job Abi!! 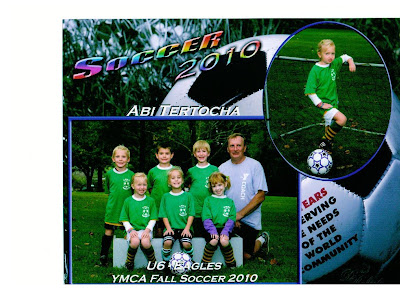