I cannot tell you how great it was to finally see Cameron, Peyton and Madison again. Ive only seen the babies once since they were born and they were about 6 months then... and there is tremendous change that happens from 6 months to a year.  They were even off bottles already!!! Cameron and Peyton, ( AND Madison, of course) are just beautiful. The smiles that are heartwarming that Ive seen in pics ...are even better in person. I don't think the weather was very good for them, to go from 75 degrees ( Texas) to what we've been having caused some sniffles during their visit.
Abi and Avri were just as happy to have them here. The bigger girls ran around playing. 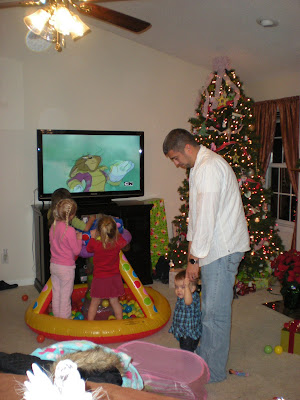 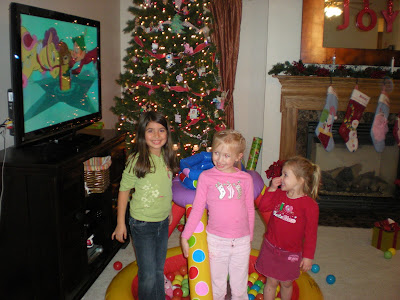 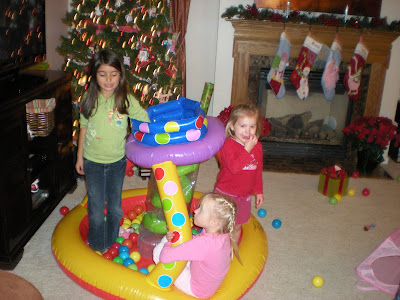 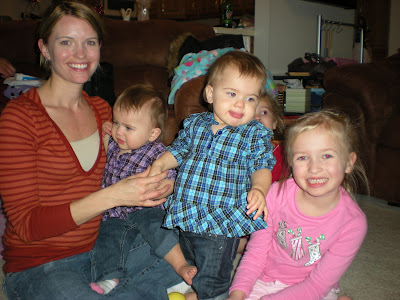 Jammie time for everyone! 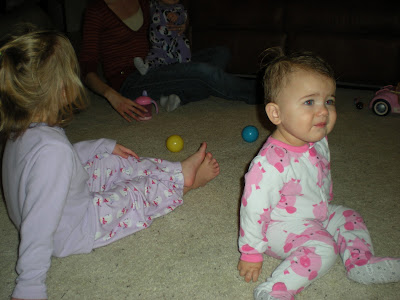 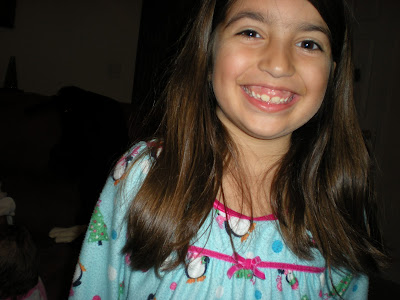 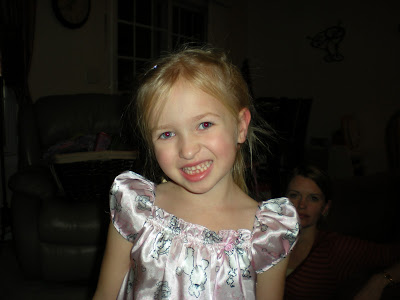 Making some crafts....I think they were making puppets out of brown bags. And Cameron and Peyton were trying to get to the scraps that were falling onto the floor. 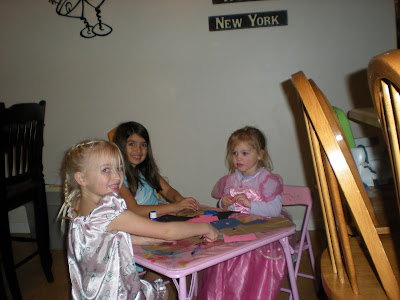 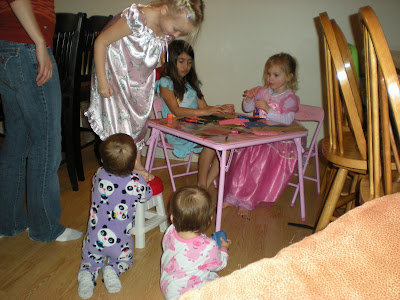 And the scraps on the table. :)  Watch out Mommy  (Aunt Lisa) when they start walking, which wont be long at all! 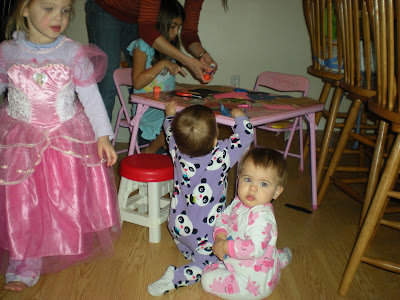 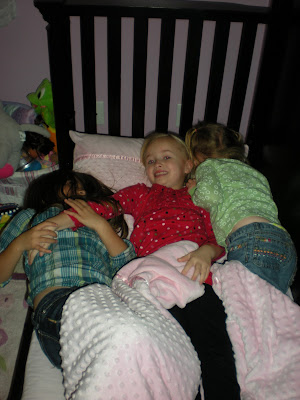 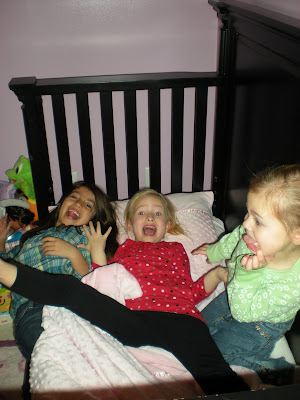 Abi was always asking to hold one of the girls,not sure if she wanted to be held though :) 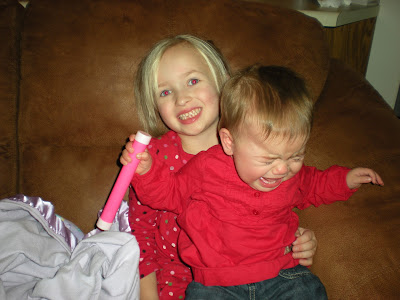