Tony was off all weekend, so we had a good one- ( for those that don't know unfortunately his days off rotate every week- so a weekend rolls around every 6 or 7 weeks - gotta love it....its the life of a police officer!) The weather kept us in for the most part- cold, windy, rainy, and even snow!! But we still managed to have fun- we had Mike & Sheila, Mark & Zarah and their kids over Friday night for dinner and fun. 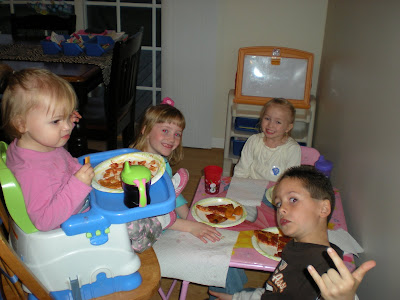 Unfortunately- as you see here -Avri doesnt know yet how to play gentle with a baby. Avri gave baby Luke his first bloody nose...ughhh... she was teasing him and taking his paci in and out- and then when he was using her baby toys that had been moved to the basement for MONTHS- bouncy seat, and excersaucer- she was getting a bit jealous. 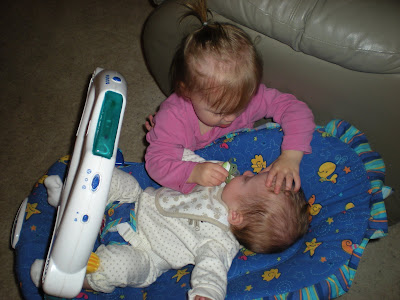 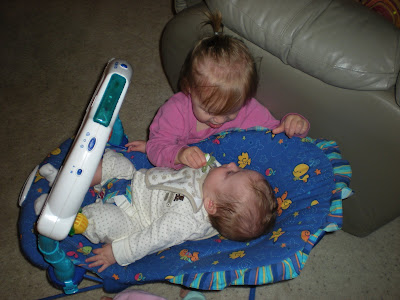 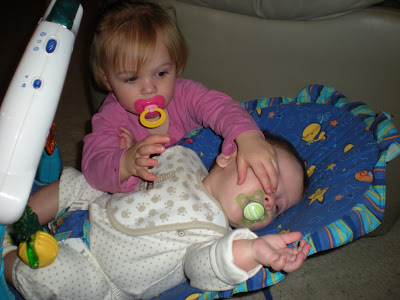 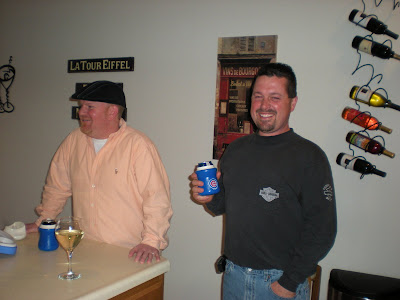 Saturday we played around the house all morning-playdo, coloring, games,etc. and then we got the girls in dresses and headed to the mall to see the Easter Bunny and have pics taken. BUT.. no pics to post- Avri was shaking & trembling when we got up to the Easter Bunny- and had the tightest grip on Tony- so he walked away with her and Abi and I just sat there and talked to him and even she didn't want her picture taken with him- so maybe next year! 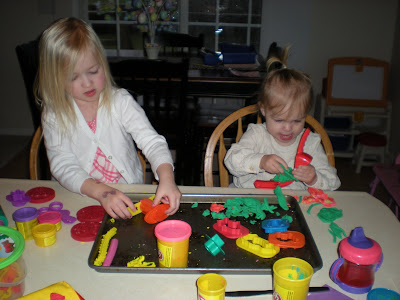 Does anyone see any babies in this pic above? ...they played with play- do off and on all wekeend- and once I looked over at them and thought.... WHERE ARE MY BABIES????...and yes.. it makes my eyes fill up...... 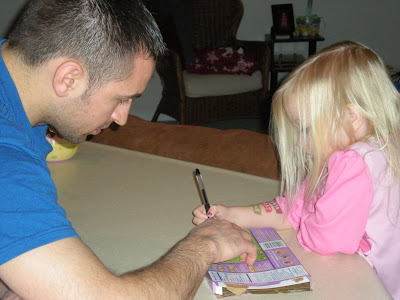 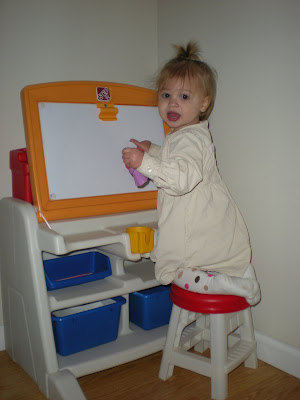 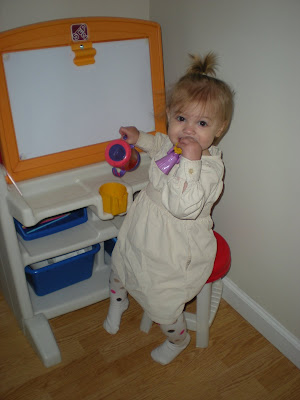 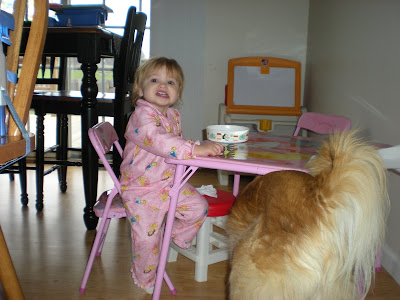 Avri and her cousin Devin. 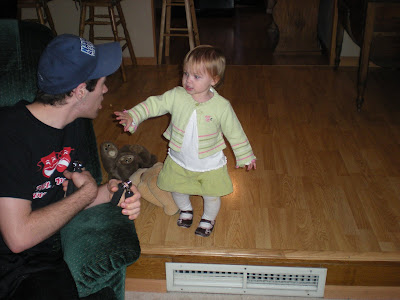 What a fun weekend! Addie would be the same way with a baby. I have been feeling the same way lately. the babies are gone :(