We headed out for vacation the morning after the graduation party. We went to Branson again. We had considered Tennessee, but decided with a WILD 19 month old who doesn't like long car rides, we would stick to a shorter drive- and 6 hours in the car was LONG enough for her! We arrived in the afternoon with plenty of time to do some things before relaxing in our cabin
Abi remembers Branson from last summer when we went so she knew some specific places she wanted to visit, this being one of them. Its a kiddie world with fun rides for little ones. Last year Avri had to sit in a stroller and watch big sissy do everything, but not the case this year! Avri's first ride experiences and she climbed on each one like a pro...sporting a HUGE SMILE. The picture below says it all! 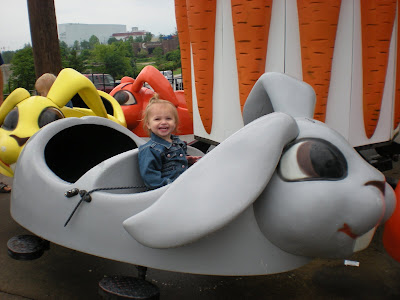 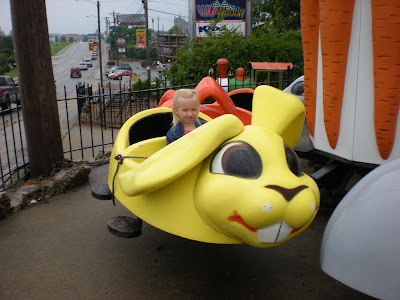 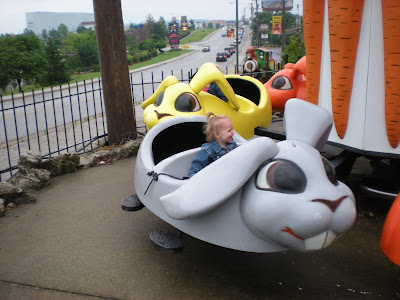 The night wasn't complete until we stopped at a fun ice cream parlor. 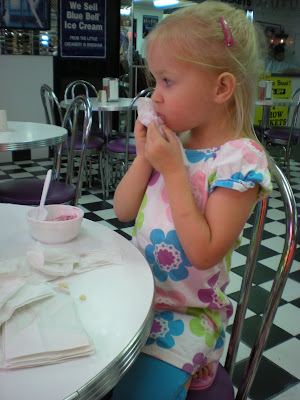 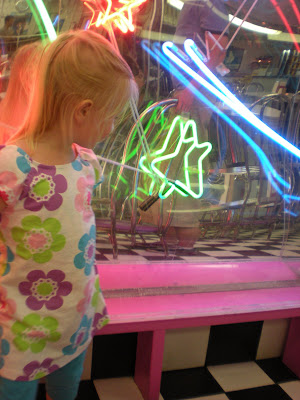 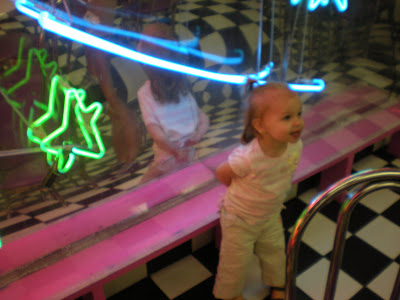 In the mornings we let the girls play a little on the front porch, that was always nice having breakfast in our cabin and staying in our jammies for a while. Here's Avri in her jammies playing with the Barbies in a Barbie swimming pool. 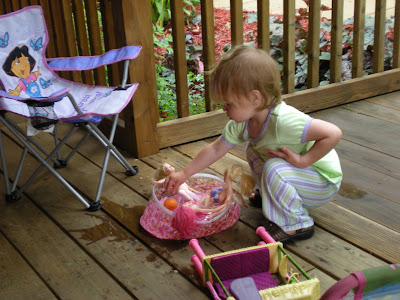 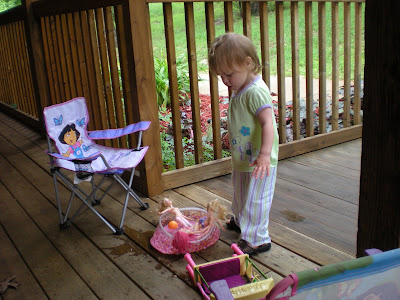 Abi running up an down the front porch, its so nice and private. We asked for the same cabin we had last year. 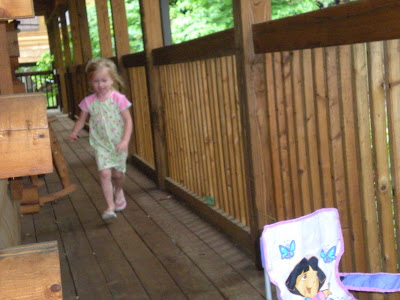 We headed to Branson Landing, very cool place to hang out...although it was raining, we made the best of it. Abi held her princess umbrella most of the day. We were sure to hit the Build a bear store, for Abi had just gotten a Gift Card from Chad and Ashley and Baby Chad for her birthday. She chose a pink unicorn and Avri chose a kitty cat. 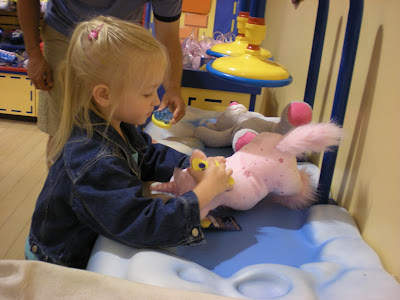 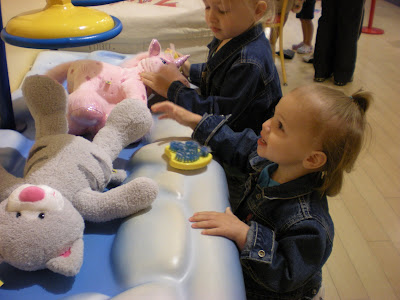 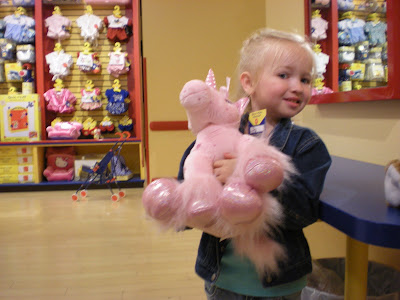 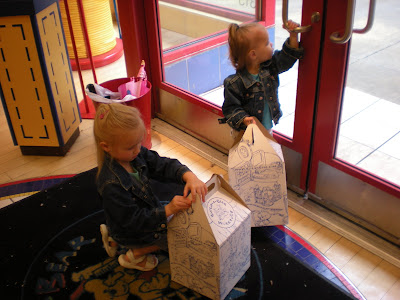 I LOVE THIS PICTURE BELOW...so cute!!! 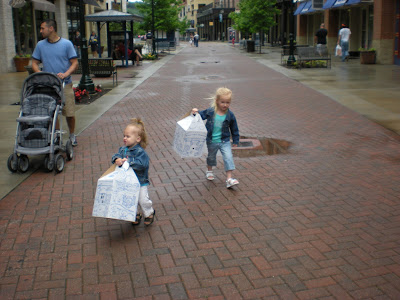