What have I created?
Abi loves to do everything in the kitchen with me and lately she wont let me near the baking- she insists on doing it all..... she decorated a gingerbread house Sunday night... 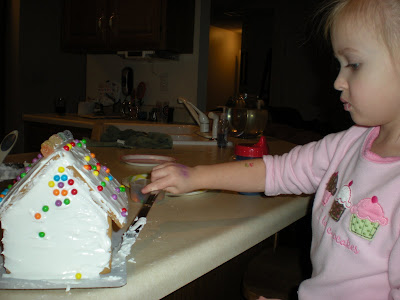 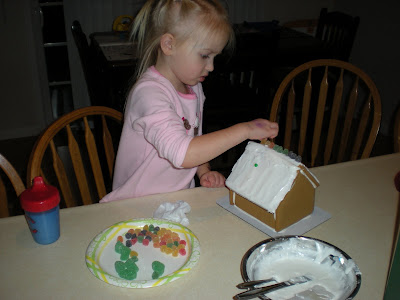 She made us cherry chip cupcakes yesterday that are very delicious! ( look how serious she is that each one is perfect!) I'm telling ya...watch out Martha Stewart! 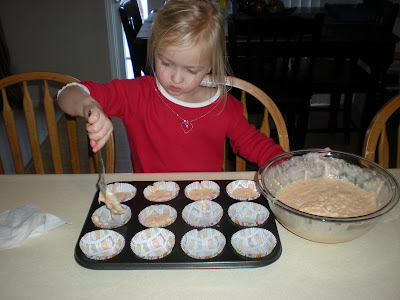 Over the weekend- around the house 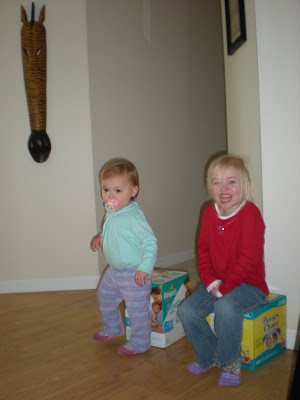 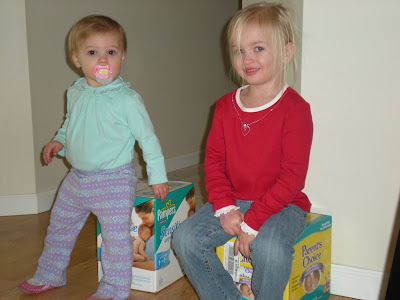 Aunt Lorie came over and brought Abi a Barbie van that turns into a disco dance floor.... can you say SPOILED???? 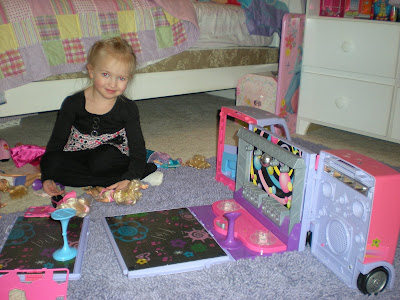 Abi & I had some one on one time on Sunday, so I took her for the first time roller skating. She has decided she wants to practice in the driveway before she goes back. In the hour we were there- she made it around the big rink only once. And would you believe they don't have the little kids small rink anymore- been at least 20+ years since I had been in the skating rink. She did like standing on the side and watching all the kids.... and then we went to the Children's Museum for a little while...here she is performing a puppet show for me 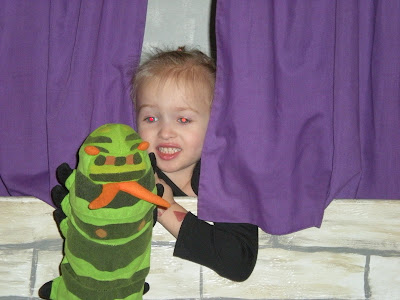 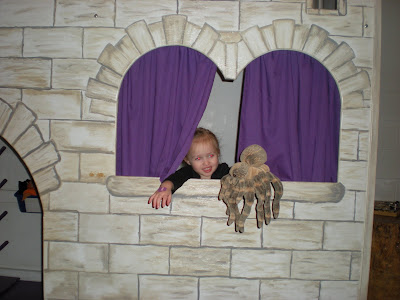 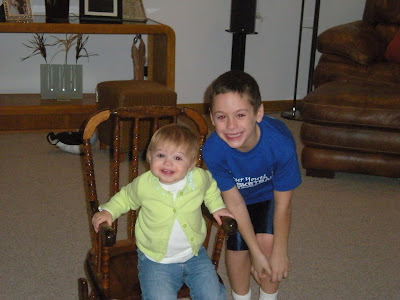